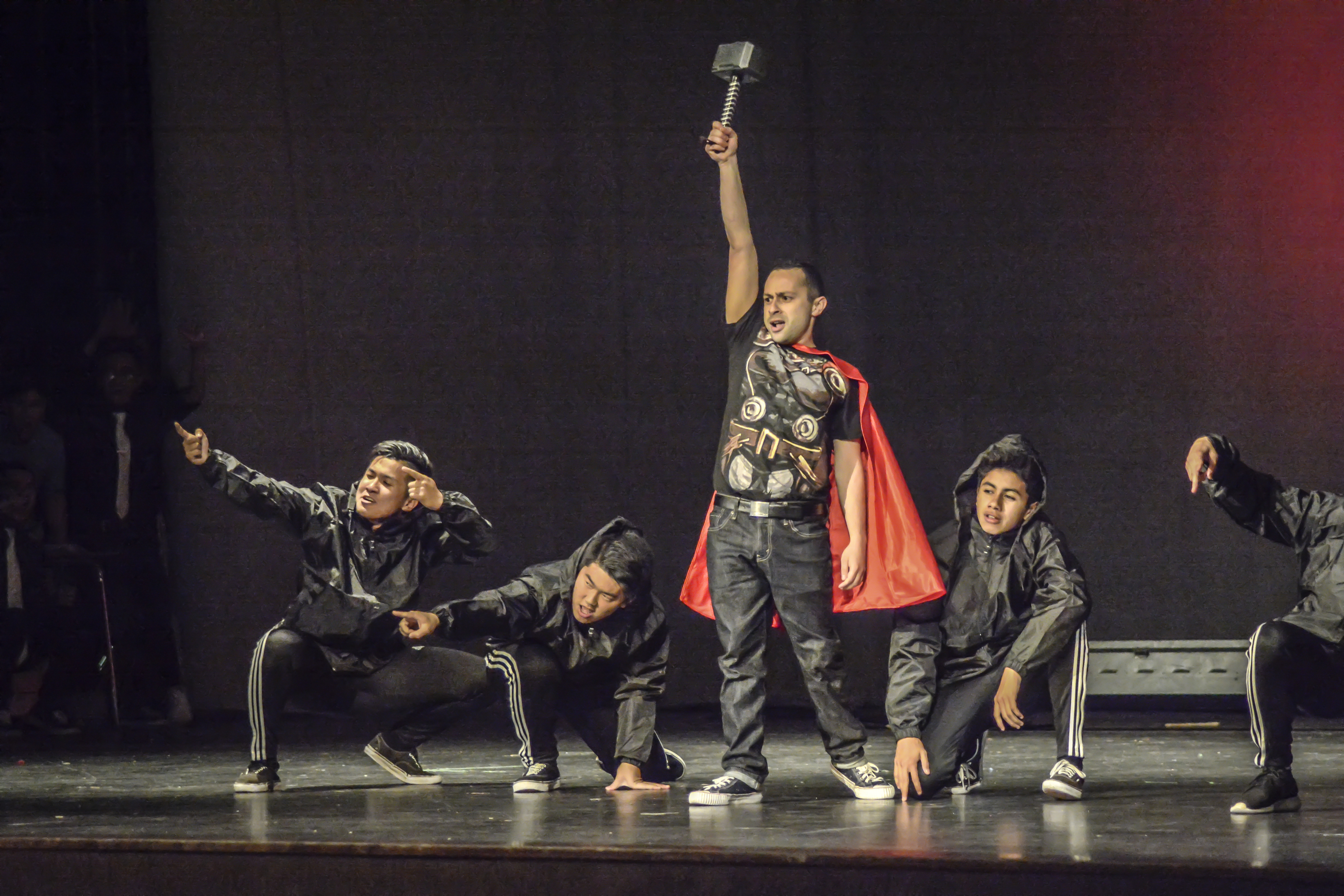 On April 29, the Alhambra Dance Team (ADT) hosted Stage Show at the auditorium from 7-9 p.m. Stage Show is an event that traditionally only includes the dance teams, but this year it also included teachers.

The purpose of this year’s event, which was styled as a dance battle, was to show friendly competition and interaction between teachers and students. In addition, Stage Show allowed AHS dance teams to present what they have been doing throughout their year.

“We not only dance for the audience but [also] for each other. It brings us together one last time before we start a new [year] with a clean slate,” ADT member Anne Chau said.

Teachers Jessica Bray, Ernie Chen, Melissa Fu, Natalie Jaurequi, Eileen Kaiser, Kristin Keenan, Jennifer Marquez, Tuan Pham, Jayson Pineda and Kevin Tong performed alongside the students. At the end of the competition, all the teachers were given certificates. The winning performers of the dance battle, Pineda and the All-Male juniors, were chosen based on the amount of applause they received from the audience. Pineda received an award designed as a wrestling championship belt.

Teachers put in their own time to practice for the performance.

“Practicing was very hard; I took 15 hours through lunch and on my own, but it was worth it and my freshmen girls gave me fantastic choreography! The Stage Show was scary at first, but I felt encouraged by the support of the students. Overall, it was so much fun,” English teacher Melissa Fu said.

Performers also learned from the experience.

“This year’s performance was quite different compared to previous years. It’s our first time working with teachers and that was definitely a challenge; however, it was a great experience to be able to bond with the teachers in a way we otherwise would not have [been able to]. Other than having the teachers on stage with us, we had 1,033 people sitting in the seats of the auditorium, screaming and cheering for us […] and that meant everything to us as dancers,” ADT member Mai Trinh said.

Each and every one of the student performers worked hard during practices that would often last from one to three hours. Their effort was rewarded with waves of applause.

“It was an amazing honor to get to perform in front of friends and families, especially since it was my last time performing with my dance family. It was truly special [and I felt] such a bittersweet feeling,” ADT member Jackie Gomez said.