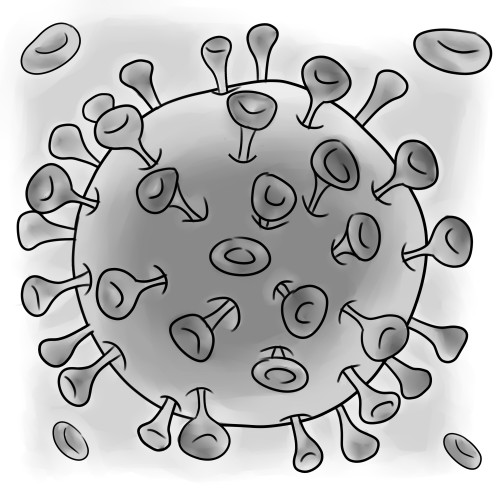 With an average of about 50,000 new infections annually in the U.S., Human Immunodeficiency Virus (HIV) remains one of the top infections on the Centers for Disease Control and Prevention’s (CDC) National Notifiable Infectious Conditions list. However, in recent years, the CDC has invented new methods to reduce the infection risk by up to 90 percent, according to CBS News.

In 2014, the CDC released a new set of guidelines regarding pre-exposure prophylaxis (PrEP), a HIV prevention approach for individuals who are at the highest risk of catching the disease. In order not to catch the disease, people who are HIV-negative, or whom who have already been exposed to HIV but have not yet produced HIV antibodies to the virus, need to take a pill called Truvada daily with the use of other proven prevention methods, as mentioned by CBS News.

Truvada was approved by the Food and Drug Administration to prevent the infection in 2012. However, other anti-HIV drugs are also being tested for PrEP to see how effective they are in preventing the infection so people have a wider array of options to choose from, according to the San Francisco Aids Foundation.

“While a vaccine or cure may one day end the HIV epidemic, PrEP is a powerful tool that has the potential to alter the course of the U.S. HIV epidemic today,” Director of CDC’s National Center for HIV/AIDS, Viral Hepatitis, STD and Tuberculosis Prevention Jonathan Mermin said, as reported by CBS News. The latest statistics collected by the CDC show that in 2010, people between the ages of 13 and 24 made up 26 percent of all new HIV infections in the United States. Although the infection rate is high and still increasing, the CDC still recommends caution when prescribing it to adolescents.

Over 50 percent of young patients in the nation, however, do not know they are infected by the virus. The CDC’s data shows that there were about 62,400 youth living with HIV nationally, and 32,000 were living with undiagnosed infections by the end of 2012.

“Sexual education is very important because there is no cure for HIV or AIDS yet and so the best replacement is to prevent ourselves from being infected,” junior David Huang said. “When President Ronald Reagan did not support sexual education, millions of people died and the average lifespan of the patient was [eleven months]. ”

California is one of 33 states that require students to be informed about HIV/AIDS, according to National Conference of State Legislatures. Implemented in 2003, the California Comprehensive Sexual Health and HIV/ AIDS Prevention Education Act requires that HIV/AIDS education be taught once in both middle school and in high school, including instruction on the nature of HIV/AIDS, methods of transmission, strategies to reduce the risk of infection and social and public health issues related to HIV/AIDS. However, according to the California Department of Education, comprehensive sexual health education which also includes education on pregnancy, family planning and sexually transmitted diseases, is not mandatory to be part of the curriculum.

At AHS, although Health as a course was dropped out of the curriculum, related health instruction is still taught for eight to nine weeks as part of 9th grade P.E. classes, which is mandatory for all freshmen to take. Coaches Luis Brambila and Louie A. Torres have taught the course designed by L.A. County Office of Instruction last yea and this year respectively, covering topics such as what type of virus HIV is, how it is transmitted and how the virus attacks the human body. They also use transparencies and videos to instruct students about HIV prevention and sex safety.

“It’s difficult to know whether [the curriculum] really sets in for the kids. Cultural differences cause some kids to be exposed to [information on sex safety and HIV] while others aren’t. The important thing is that the kids take what they can from [the classes.] It’s their responsibility in how sexually active they are as growing individuals,” Brambila said.