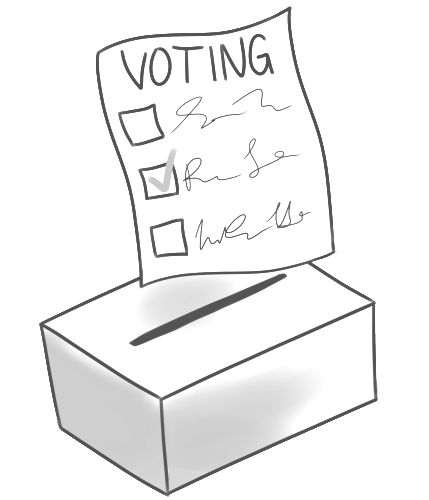 The U.S. Constitution outlines the rights of its citizens, but it also outlines their duties and responsibilities. One of them is to participate in the democratic process; however, according to the Washington Post, in 2014 the U.S. saw its lowest voter turnout rate since 1942. If instead the U.S. had a system of mandatory voting, then the results would more accurately represent the people’s interests.

Other countries have already implemented mandatory voting, the most effective case being Austrailia. According to the Australian Electoral Commission, in 1924 mandatory voting was instituted and their voter turnout rate has not dropped below 90 percent since.

One of the main goals of political campaigns is to simply get people to the polls and vote, but if voting were mandatory then candidates could focus more on telling people about their policies. This would serve two purposes: it would free up the funds normally spent on campaigning and instead be used to help facilitate the voting process while also giving politicians more time to explain their goals and educate voters.

The means to enforce the policy already exist. There are already records of every person eligible to vote, thanks to the census. Not voting in America could have similar consequences to not attending jury duty, which is a sizeable fine or even imprisonment upon consecutive offenses. Jury duty also happens to be one of the responsibilities outlined in the Constitution and participation in the democratic process should be enforced in the same way.