Following the November 2014 elections, the United States Congress became a Republican majority, the largest since 1929. A large factor behind this was the Republican party’s support of repealing the Common Core State Standards Initiative, first implemented in 2010, as many states that had adopted it are now pushing for its removal, according to Reason magazine. It was also reported that common criticisms of Common Core were its rigorous testing and linking of teacher evaluations to student performances. Furthermore, the majority of testing was hosted on computers, which many teachers disliked as younger students could not comprehend it and some schools did not necessary have the money for such resources.

“I think it [would] be a good thing to standardize the national expectations for how a student should be doing, but because it is not always possible for states to be on equal footing in terms of resources, it might not be the best thing to adopt,” junior Vector Le said. 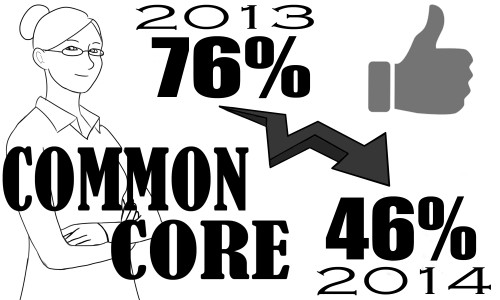 According to PBS, Congress now intends to revise the No Child Left Behind Act (NCLB), first introduced in 2001. There are three intended goals: improving teacher quality, assessing students and introducing a penalty for poorly-performing schools, all of which will lead to reforms in curriculum. This then raises the question: should an NCLB revision pass, will Common Core stick? NCLB spent seven years in action, was overturned and then spent another seven years being reworked by the U.S. government. The government then implemented Common Core through NCLB and incentivized states to participate through the use of NCLB waivers; these waivers would grant money to the state should the students meet the requirement.

Common Core was put together by three main committees: two work groups, two feedback groups and a validation committee. According to Heartland News, one in 60 committee members was a classroom teacher, meaning less than .017 percent of those working on the Common Core initiative had actually experienced teaching in a classroom and would be affected by its implementation. The committee was mainly composed of individuals who were involved in education, but not necessarily teachers.

According to U.S. News, teacher support of Common Core dropped from 76 percent in 2013 to 46 percent in 2014. The growing dissatisfaction with Common Core has been met with organized opposition, composed of groups ranging from teachers’ unions and parents to those of different political affiliations.